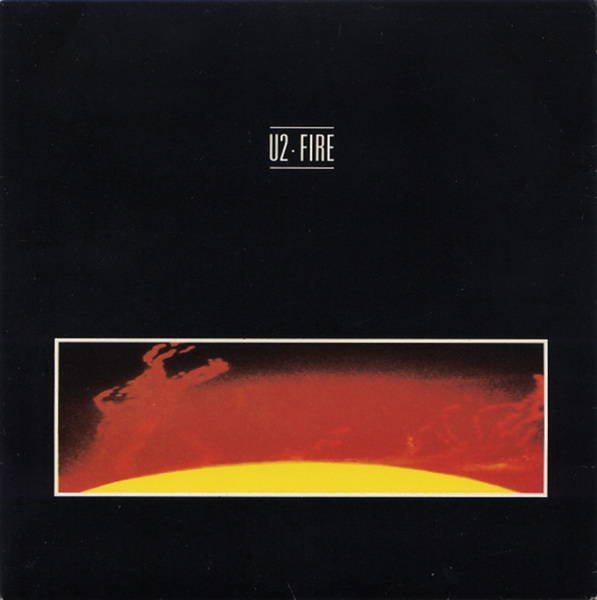 The single, which appeared on U2's second album October, was performed live for the first time at Toad's Place on May 27, 1981 in New Haven, Connecticut. Bono indicated that it would be released in England in two weeks and had never been performed before.

The song had been recorded in late April during a break in their American tour at Chris Blackwell's studios in Nassau, The Bahamas. It would give U2 their first British chart single peaking at No. 35. It did not feature in the live set for long, the last performance on February 26, 1983 in Dundee, at the start of the War tour.

The single was U2's first limited edition single as a double pack. Along with Fire, this double pack included J. Swallow, 11 O'clock Tick Tock, The Ocean, Cry, and The Electric Co. which were recorded live on March 6, 1981 at The Paradise Theatre in Boston. Fire was also released on U2 R.O.K. in both 12" and 5" CD formats. These releases did not include the double pack b-sides Cry or The Electric Co. An entirely different live version of Fire also appeared on the New Year's Day single. This was one of several songs filmed by I.D. TV from the festival in Werchter, Belgium on July 4, 1982 and broadcast to Dutch and Belgian radio and television stations. This particular single with Fire was given away free in the New Year's Day double-pack released January 1983 on both 7" and 12" formats. The 5" CD version of the 12" format was released in 1992.

'With 'Fire' the dye is cast, the sword is drawn, the hammer cocked. Watch it fly from their heart to yours. A record to have and to hold, to dance and to play, in sickness and in health, in joy and in sorow. The third and brightest, strongest, most beautiful element. They broke the mould when they made U(2).'