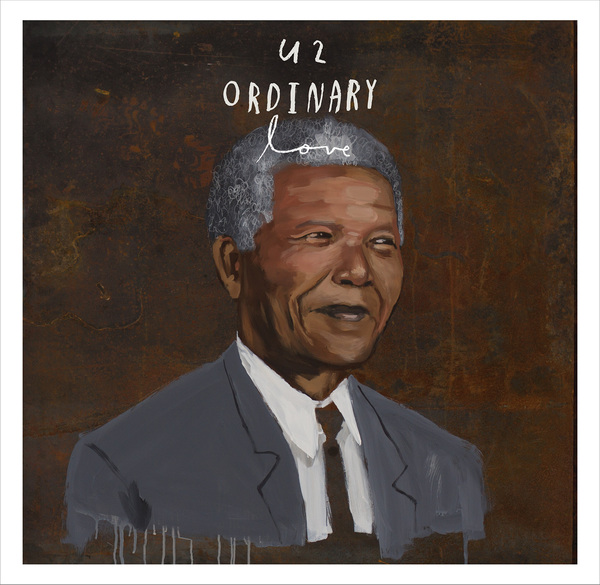 share
The band's friendship with Nelson Mandela goes way back and it was after seeing early cuts of a new biopic 'Mandela: Long Walk To Freedom' - and at the invitation of producer Harvey Weinstein - that they were inspired to write Ordinary Love.

The track was released as a limited edition 10-inch vinyl pressing to mark Record Store Day, 2013. The sleeve artwork features a striking painting of Nelson Mandela by Irish artist and illustrator Oliver Jeffers. Oliver, along with Mac Premo, also directed a lyric video for the track.The b-side of the Record Store Day single features a second track, Breathe (Mandela Version).

'Over the years U2 and I have had a superb relationship,' explained Harvey Weinstein, Co-Chair of producers TWC, 'Including partnering on the Academy Award-nominated and Golden Globe winning song 'The Hands That Built America' for Martin Scorsese's Gangs of New York. 'When I asked them to consider writing a song for Mandela: Long Walk To Freedom, it was the fastest 'yes' I have ever received. The band saw various cuts of the film over the summer and worked diligently to write a song that truly reflects Nelson Mandela. I think they did a brilliant job honoring the man and the leader they have known for over 20 years.' 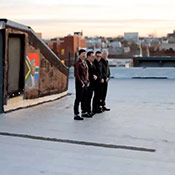 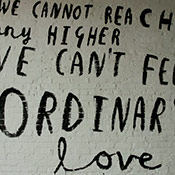 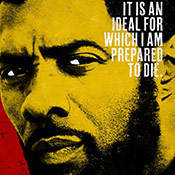 'Mandela is inspiring in so many ways. It is great for us to have written 'Ordinary Love' for the film, and all the better to be part of Record Store Day too.' Edge

'It's an incredible thing that we were asked to write this song for this movie. We've been working for Madiba since we were teenagers and so it's kind of coming full circle now.' Edge