'MTV Jammed U2', This Friday 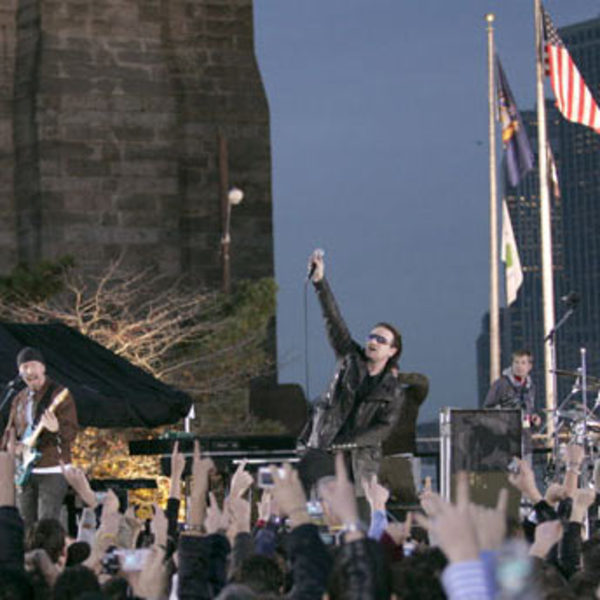 share
'MTV Jammed U2', shot when the band played live in Brooklyn two weeks ago, will air on MTV this Friday.

The show will feature the band debuting songs from 'How To Dismantle An Atomic Bomb' as they played a spontaneous free show in the shadow of Brooklyn Bridge.

The programme will also feature footage of the band being filmed for their forthcoming video for 'All Because of You' - performing on a 48ft flatbed truck travelling the ten miles from Harlem, down to Colombus, Union Square, Time Square, Houston and over Manhattan Bridge, before arriving for the 'Jammed' gig.

( All US Eastern Standard Times )

Highlights, How To Dismantle An Atomic Bomb, Live Performances, Press, Recent Albums, TV
U2
©2020 U2.  Powered by Live Nation Entertainment.