Back At The Savoy 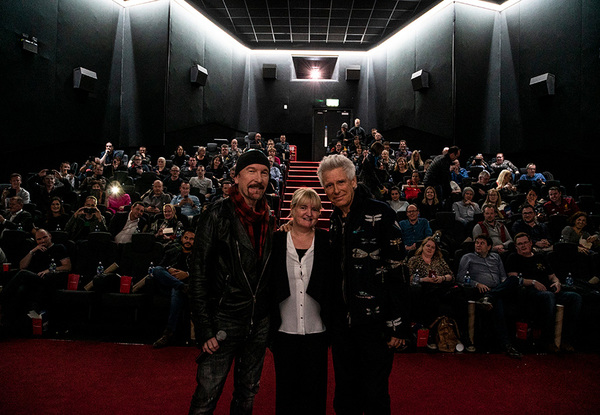 Back At The Savoy

Edge and Adam were surprise guests at a special screening of 'Rattle and Hum' at The Savoy Cinema in Dublin last night.

On the eve of the thirtieth anniversary of the world premiere of the Phil Joanou film, 100 U2.com subscribers were invited  to The Savoy where the film was first shown.

‘It was a musical journey’ recalled Adam, jokily referencing  one of the most memorable lines in the film, while Edge recalled the challenge of making a film…  when they weren’t really sure what it was about and that never had a script.

The two band members also introduced Sandra O'Donoghue, an usherette at The Savoy on the evening of the 1988 premiere and now the venue’s General Manager.