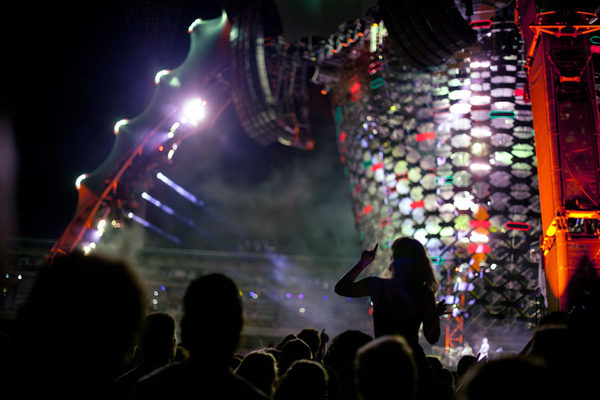 share
'This is our last night of the year - this is our end of year party.'

And so it came to be, for the second night in Perth and the thirty-second show since the 360 Tour opened up again in Turin way back in early August.

'Let me look at you. ' says Bono. 'Sexy people. It must be Perth. It was great last night... its going to pretty great tonight.

'This is our last night of the year - this our end of year party. Happy Christmas Larry, Adam, Edge - if you don't get any cards, I've been busy!'

The combination of the last night with the impending arrival of Christmas was destined to make this a show to remember and the inclusion of a trilogy of Rattle and Hum tracks sealed the deal: what a reception for All I Want Is You ('This song was first played in this city..') followed by Love Rescue Me and then Desire ('Another song we first played in Perth..')

And special mention tonight to the U2 crew.

'Maddest and smartest, and they're the best at what they do,' explained Bono. 'Two of them have woken up from their madness. You've never met Dave Skaff or Karen Nicholson but if you've ever seen U2 play - they've been there. May 2011 bring you all you want and more.
For all those important journeys our prayer is that you don't get there too quickly.'

As ever great to see two children join the band on stage for In A Little While (tonight, take a bow, April and Elvis) and as the 360 spaceship soared high over Perth a great year on the road came to a fitting close.

'You're an incredible crowd. Thank you to everyone. Everyone who's played such an amazing blinder here. We've been seized. I know a girl - Party girl !'

So a verse from a track from 1983 serenaded us into the final benediction of 2009's Moment of Surrender.

See you in February in South Africa - but before that, if you were the final show of 2010 tonight add your own reviews and post your photos if you were at the show.