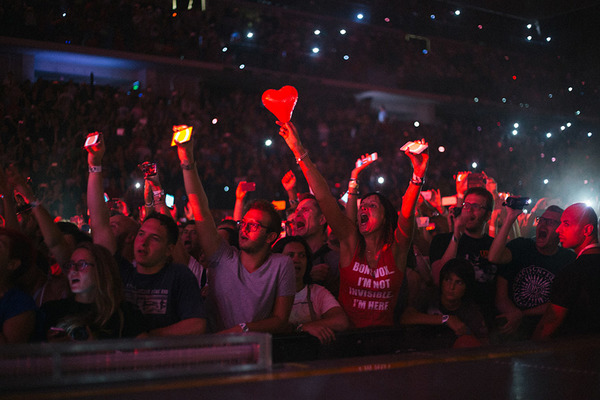 As Edge played in the unmistakeable opening chords of ‘Streets’,  fans all around the arena set in motion ‘AmplyRed’ - holding high smartphones and tablets displaying the RED logo, or waving red scarves.

Another fine flash mob to boost awareness of the fight against HIV/AIDS in the developing world.

Here’s what it looked like on the night - and thanks to U2place.com and all the passionate Italian fans who made it such a memorable way to kick off #U2ieTour in Europe.