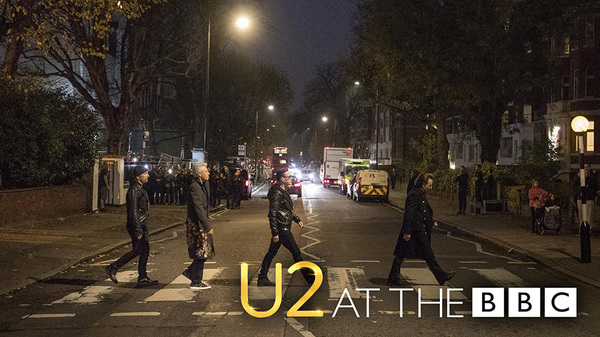 The one hour special 'U2 At The BBC' aired in the UK last night and an extended edition goes out December 28th… including more conversation, Every Breaking Wave and 13 (There Is A Light).

Did you catch it? Add your reactions in the comments below.

And plans are being lined up for broadcast next year in Japan, the US, Belgium, Brazil, Italy and Germany and we'll bring you news when we get it.

If you have access to the BBC's iPlayer, watch the whole show again.

Or check out some of the highlights online.

With Or Without You

Get Out Of Your Own Way

Behind the scenes with the band in Brazil