What Did Edge Pick ? 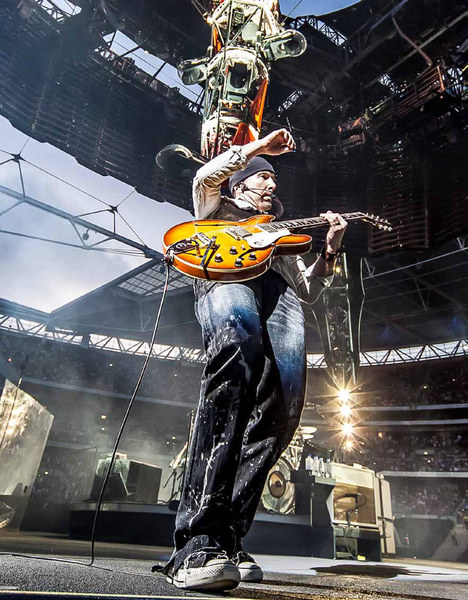 A limited-edition CD that's only available with a subscription to U2.com, Edge's Picks comes with From The Ground Up:U2.com Music Edition.

We know it features 15 tracks live from U2360°. But what do we know about the tracks?

We know from the video player on the U2.com home page these last few days that Electrical Storm, live from Milan, is one of the tracks.

We know from the audio player on the home page that New Year's Day and Get On Your Boots are also on the CD. (Some more 'Boots' below.)

We know that when you subscribe (or resubscribe) you can instantly download two bonus tracks, No Line On The Horizon and Spanish Eyes. That rules them out of the 15.

We also hear that each song on Edge's Picks has previously been released as a single or album track.

So what other tracks are you betting will be on Edge's Picks? Make your predictions in the comments below.

(You can refresh your memory of what the band were playing on the road between 2009 and 2011 here.)

Incidentally, as jmcca93 says here, 'I need some of Edge's Picks - normal picks don't get the same chime sound.'

So what are Edge's Picks?