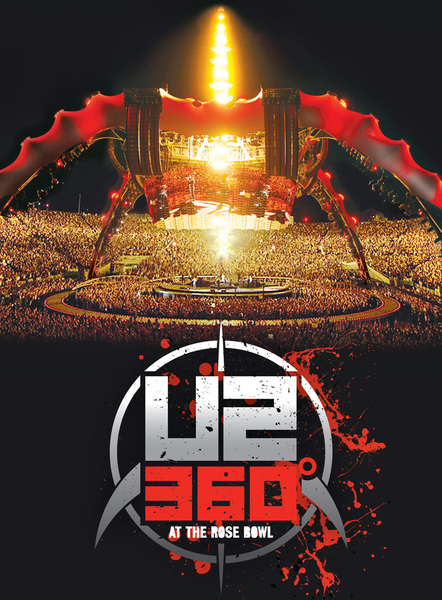 share
Opening with Get On Your Boots and closing with Moment of Surrender, both from 2009's No Line On The Horizon, U2360° At The Rose Bowl captures a unique live show where 23 songs capture the story of the band's entire story.

The show was also streamed across seven continents via YouTube. The first ever live streaming of a full-length stadium concert, U2360° at the Rose Bowl had over 10 million views on the channel in one week.

Shot entirely in HD, the concert was filmed with 27 cameras and directed by Tom Krueger who had previously worked on U23D, the first live action 3D concert movie taken from U2's Vertigo Tour.

Available in standard and 2 disc deluxe DVD formats, U2360° At The Rose Bowl is also U2's first concert available in Blu-ray. The deluxe formats and the Blu-ray feature a documentary called Squaring the Circle: Creating U2360°, including interviews with U2, Paul McGuinness and the team behind the touring production.

Q Magazine in the UK gave the film a maximum four stars: 'The Claw is indeed breathtaking' it reported, but 'U2 are far too experienced to let themselves be overshadowed by the world's most expensive Doctor Who prop. It's the songs rather than the spectacle that drives the show.' 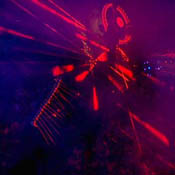 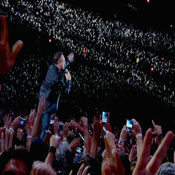 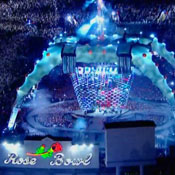 'Watching the DVD makes me think I'm at the show again.'

'Brings me back right to the show, the best night of my life...'

'We put our audience at the centre of the show, that’s what happened in 360, they were the production. After a while this mega-structure disappeared, we were left as four musicians in this gigantic crowd with waves and waves of emotions spiralling around us and inside us. I’ll never forget walking out to David Bowie’s ‘Space Oddity’ each night and into our own space station … and then taking off! I don’t know how we’re gonna top that...'