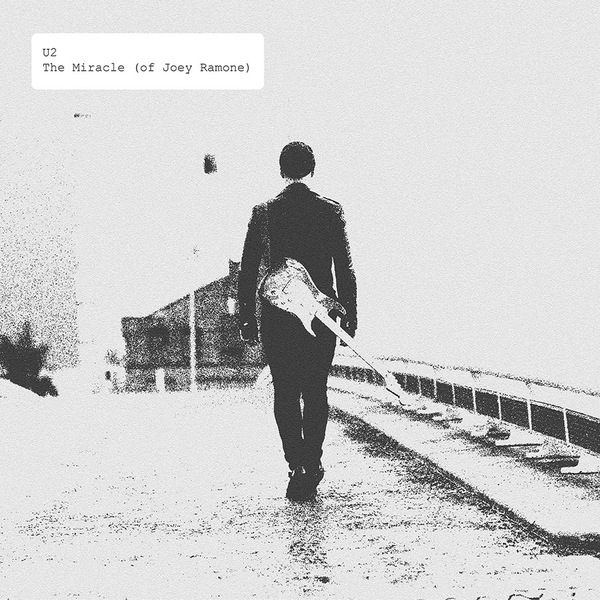 'I woke up at the moment when the miracle occurred
Heard a song that made some sense out of the world
Everything I ever lost now has been returned
The most beautiful sound I ever heard....'

'The Miracle (Of Joey Ramone)' is the track that opens 'Songs of Innocence' and in the sleeve notes to the album, Bono recalls how the fledgling U2 first saw the band that inspired the song.

'I couldn’t sing with any of the jagged edges of the great rock or punk rock singers,' he writes. 'I sang like a girl....that felt uncomfortable until the Ramones happened to me as they must happen to everyone.'
In 1977 Larry, 14, Edge, 15, Adam and Bono, both 16, went to see the Ramones play in the state cinema in Dublin. 'We had no tickets and no money... My best friend Guggi had a ticket and he snuck us through a side exit he pried open. The world stopped long enough for us to get on it. Even though we only saw half the show, it became one of the great nights of our life....'

'After the Ramones,' writes Bono, 'I could try and be myself as a singer. I just needed to find out who that was...'

The single was revealed to the world on September 9th 2014 when the band performed at the Apple HQ in Cupertino - on the day Apple distributed Songs of Innocence to half a billion iTunes customers. A few weeks later, Gil Kaufman for MTV News, spoke to friends and family of Joey Ramone.

ALL ALBUM VIDEOS
The Miracle (of Joey Ramone) Video
«

The Miracle (Of Joey Ramone) 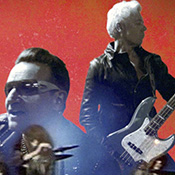 The Miracle (of Joey Ramone) Video 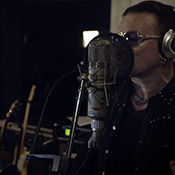 The Miracle (of Joey Ramone) - In The Studio 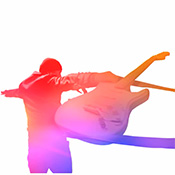 'I’m not sure grateful is the right word, but awestruck is a better description...

'...it’s so beautiful. I loved it. It’s Bono’s interpretation and his spirit, but it also captures Joey’s spirit. He described my brother’s spirit well. I think he got just what Joey would have wanted out of it.'


Marky Ramone, Longtime Ramones Drummer
'I’m very grateful U2 wrote a song about my former friend and bandmate Joey Ramone. Joey would have been honored. It is well-deserved.'


Jesse Malin, Friend of Joey
'The thing I respect about U2 beyond this song is how they’re giving a shout-out to Joey as their inspiration. They’re not on a bandwagon of ‘now we’ll be into the Ramones because they’re dead.’ He [Joey] got to feel the love and respect from them and this song is coming from truly the right place and I totally back it after seeing how they were with him.'


John Holmstrom, founding editor of Punk Magazine
'It’s wonderful that the song is getting so much attention. I watched football on Sunday and I saw U2 (in the Apple spot) and I see all these images of punk rockers all over the commercial. I think it’s great because this stuff was never on the radio and any attention it gets is good.'