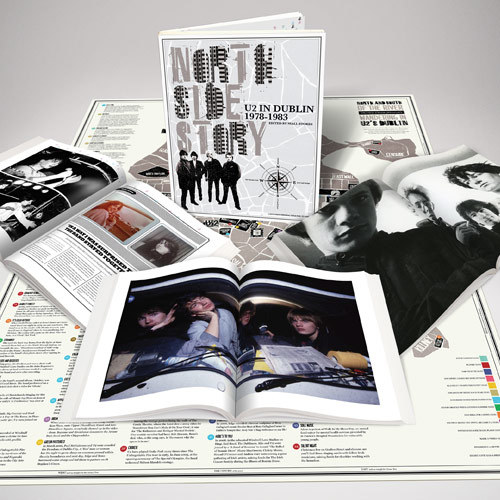 Specially commissioned from Ireland's Hot Press Magazine in 2013, North Side Story is the definitive account of the band's emergence in Dublin from before the single Out of Control' in 1979 to the release of 1983's live album Under A Blood Red Sky.

The 274 page book includes rare photos, original interviews, diaries, letters and profiles from early European tours (translated into English for the first time) along with dozens of new interviews bringing the story right up to date. It's accompanied with a beautiful poster map, North And South Of The River, charting U2's Dublin over 35 years.

North Side Story is a limited edition release, available only to subscribers of U2.com

'If U2 can slow down long enough to be heard, they could step to the fore of the Dublin music scene'