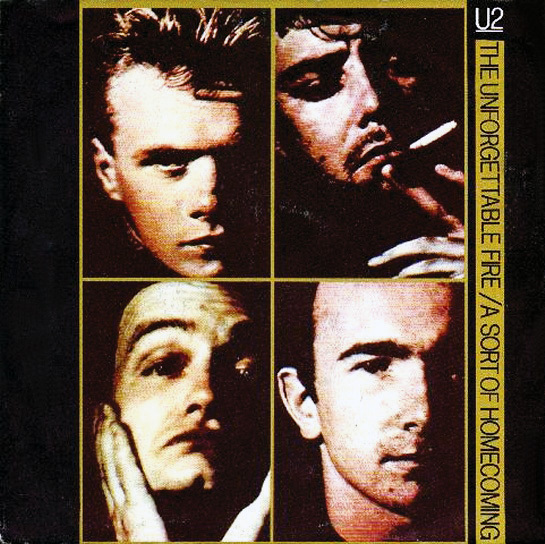 The single appeared on The Unforgettable Fire album and Best of 1980-1990/B-sides compilation. One of the b-sides is a sound-check version of A Sort of Homecoming taken from November 15, 1984 performance at Wembley Arena. The other two b-sides are outtakes from the album sessions - Love Comes Tumbling, The Three Sunrises, and Sixty Seconds in Kingdom Come.

Also released was the rare U2-shaped picture disc, which was limited to a printing of 2000. The Unforgettable Fire takes its name from an exhibition of paintings by survivors from the bombings at Hiroshima and Nagasaki at the Chicago Peace Museum, which the band had visited in 1983. It made its first concert appearance in Auckland on September 2, 1984. During the October 18th concert in Lyon, France, slides with Japanese writings and lithographs from the exhibition were shown against a white backdrop. It peaked at No. 3 on the UK singles chart. The single appeared on various compilations including: Now That's What I Call Music 5 and 1985 Comes Alive. Studio 99 also covered the song on The Best of U2 - A Tribute.