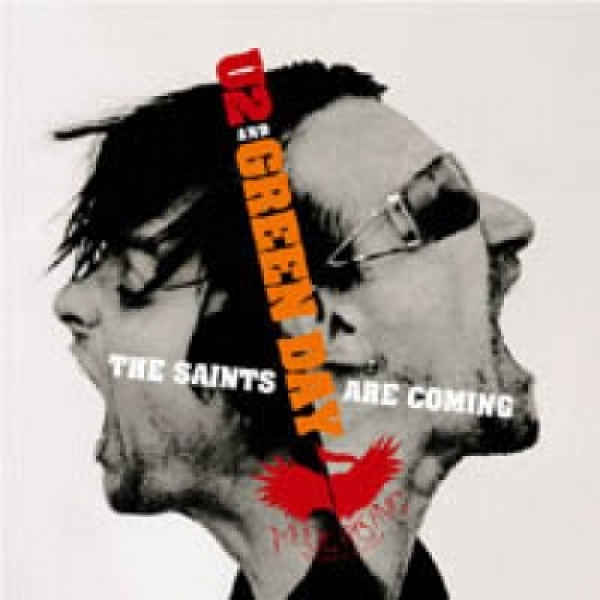 share
This 1979 classic track from Scottish punk band The Skids, got a whole new life when Green Day joined U2 at Abbey Road Studios in London to record a special version to benefit those affected by Hurricane Katrina.

The band managed to track down Richard Jobson, former Skids frontman and now filmmaker, who wrote the song - and couldn't believe it when Edge called him up to ask about performing 'The Saints Are Coming'.
'I thought it was one of my Irish mates winding me up, I really did!'
'It's true, he just wouldn't believe me,' adds Edge. 'I was saying, 'This is Edge from U2 and he was saying, 'yeah, yeah, yeah...'

Eventually, Edge managed to convince him of his impeccable rock'n'roll credentials, and told him the song had a special resonance for Music Rising.

Produced by Rick Rubin, all proceeds from the release of the track went to Music Rising, the charity set up by Edge to help 'put the music back in the hands of the musicians' in the region affected by Hurricane Katrina. The official music video for 'The Saints Are Coming' was directed by Chris Milk.
U2 & Green Day performed the track live in 2006 during the re-opening of the Louisiana Superdome.

Released Date:
06 November, 2006
Produced By:
Rick Ruben
Engineer:
Greg Fidelman
Label:
Recorded At:
Abbey Road Studios
Comments
0
You must be a logged-in member to add comments.
SIGN IN / SIGN UP
©2022 U2.  Powered by Live Nation Entertainment.