'More Songs of Innocence and Experience' 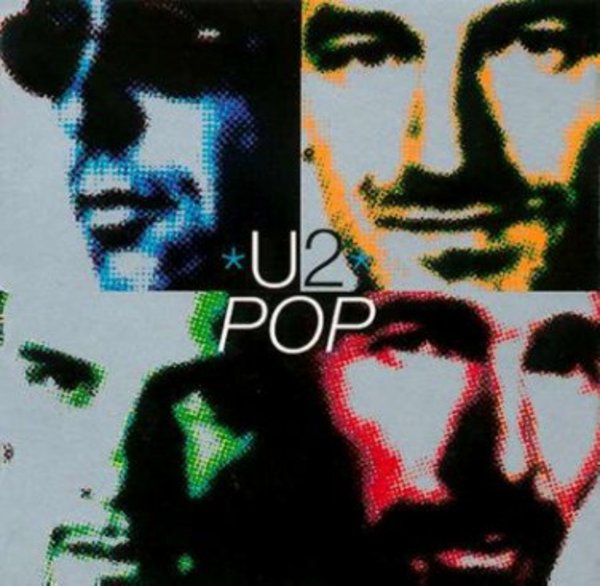 share
A few years back the acclaimed Irish poet Brendan Kennelly was invited by an Irish newspaper to review U2's album Achtung Baby - and, in return, Bono reviewed Kennelly's epic poem The Book of Judas. Kennelly remained a fan of U2 and in 1997 Propaganda invited him to cast his poets ear over the latest U2 recording.

No album that I can recollect begins with a climax since a climax is a moment of passionate utterance which has to be assiduously prepared for. Yet this is the first daring feature of 'Pop'. 'Discotheque' is a sexual-spiritual climactic song, a musical peak, and it booms us, from the very opening moment, into a world in which love is scrutinised from many angles, different perspectives, and in an astonishing variety of voices. I say 'variety' deliberately, even though, obviously, we hear only the voice of Bono. Yet surely that voice contains within it an entire range of beautifully controlled voices ranging from the primitively energetic to the poignantly yearning, from the abrasively physical to the soaringly spiritual, from the deeply serious to the cheekily flippant. Within that voice is the soul of the seeker, the indomitable spirit of a person searching for love and peace in a world torn apart by hate and mayhem. It is as if Bono had allowed the obscene, destructive energies of our world into his own heart so that he can give shape and authority to his vision of peace and love.

Yet this vision is being constantly assaulted, even, at moments, deeply wounded, with the result that many of Pop's memorable songs are riddled with doubt, ambiguity, a pervasive sense of hurt and a dark sense of loss. Even, or perhaps even especially, a central human relationship, that between man and woman in love, is constantly darkened by an underlying menace which will not go away because violence, in one form or another, thrives at the heart of things.

Love's a bully pushing and shoving
In the belly of a woman
Heavy rhythm taking over
To stick together
A man and a woman
Stick together ...
('Do You Feel Loved?')

The emotionally glutinous nature of relationship is closely examined, and convincingly celebrated, in these songs. Yet few of the songs could be said to be fully exposed; they are, instead, sensitively tentative, brilliantly suggestive, bristling with implications that haunt the listener as he or she listens time after time to words, to phrases that haunt the imagination and the feelings long after the last song has ended. It doesn't really end at all, in fact. Instead, Pop insinuates itself, slowly and deliberately into our minds and hearts and finds its own special place there. 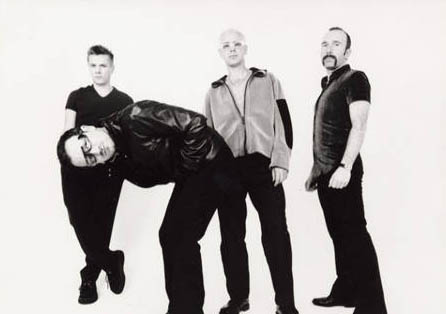 'Last Night on Earth' searingly explores the tensions between giving and taking, in love. The insistant refrain, 'You've got to give it away', co-exists with the sense of hurt and the sense of rewarding fulfilment, which are in turn inseparable from the sense of magnificent squandering and ecstatic abandonment implicit in that memorable repeated line: 'She's living like it's the last night on earth.'
There are moments when Bono's voice has a similar ultimate urgency.

We live in an age when sexuality and spirituality are usually treated as completely separate realities despite the fact that down through the ages some of the greatest poets and song-writers identified the presence of the one in the other. Think of Blake's 'Songs of Innocence and Experience', D. H. Lawrence's poems, stories and novels, and some of W. B. Yeats's greatest poems. (Yeats, in fact, is a strong and perfectly absorbed influence on Bono).

Much of 'Pop's' deepening appeal lies in its splendid attempt, largely successful, to wed the spiritual and the sexual, to acknowledge the strange ways in which darkness yearns for light, to express the recognition that sexual passion may be a kind of prayer.

Take the colours of my imagination
Take the scent hanging in the air
Take this tangle of a conversation
And turn it into your own prayer
(Do You Feel Loved?)

'Discotheque' says 'you cannot connect it' but 'If God Will Send His Angels' searches, despite the fact that 'they put Jesus in show business', for love and faith in a passionately lost kind of way. In a world where 'freedom is just greed', such a search, consciously conducted, seems doomed to disappointment. And, to tell the truth that I see, it is the greed that dominates, greed is king and freedom a hungry child who, if fed and kept alive, may well grow up to serve that greedy king. And yet U2 go on to recognize and express the greed and to cultivate the fragile seed of freedom, just as, in many of these songs, Bono strives to connect sexual and spiritual energy. His is one of ever expanding largesse of mind, heart and soul.

All this might seem to suggest that 'Pop' is an unremittingly serious, even solemn, album. It is serious, but it is also, and primarily, stunningly lyrical and musically magical. Bono, The Edge, Adam Clayton and Larry Mullen have years of experience behind them now. Pop is a resonant distillation of all that experience. The more you listen to that fabulous four, the better they get.

The beautiful clarity of Bono's voice as he sings his explorations of love, sex, and spiritlife in our mad world of violence, greed, and exploitation is a singing beacon of hope in contemporary darkness. The challenging words and music of 'Pop' should ring and echo through all our lives.

Nineties Albums, Other, Press, Reviews
U2
©2020 U2.  Powered by Live Nation Entertainment.