10 May 201234
share
Paul McGuinness was at the Little Museum in Dublin tonight, launching an exhibition of rare photos from the earliest days of U2.

The photographs were taken by Dubliner Patrick Brocklebank, who worked as a graphic artist and photographer in the 1970s.

'Because I was always in town,' recalls Brocklebank, 'And because we were the same age, I’d often see U2 around the place. The show records the energy and ambition of a local band that would later conquer the world.'

At tonight's opening, Paul remembered being introduced to the band by Bill Graham of Hot Press. 'U2 tricked Bill into coming to one of their early rehearsals. They played him a few of their 'own songs' but Bill made them stop and said: 'hang on, all these songs you're playing are by the Ramones'.
'U2 said 'Okay, you're right, but we're going to write some great songs' and that's what they have been doing ever since.'

Paul recalled the music press and pirate radio stations of the late 1970s and reminisced about early  shows at Dandelion Market and the Project Arts Centre, when, on one occasion, a gang known as the 'Black Catholics' showed up.
'The Black Catholics were dedicated to breaking up other people's gigs. I gained an early and completely undeserved reputation for physical violence by taking one of them out into the street beside the Project.'

Also joining Patrick Brocklebank at the launch were luminaries from the Irish music scene and friends of the band including Gavin Friday, Niall Stokes,  John Stephenson - who ran the Project Arts Centre - and Dave Fanning. 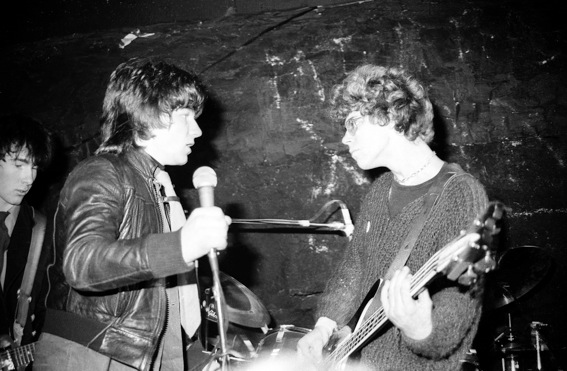 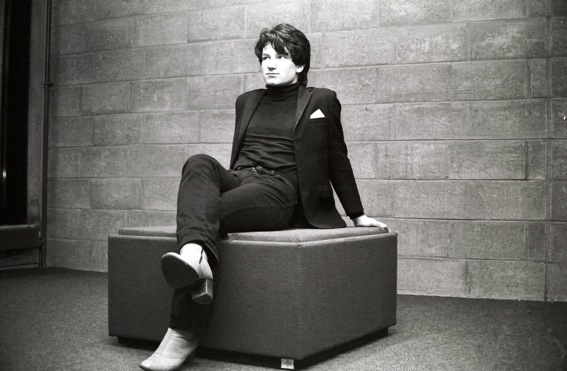 Comments
34
You must be a logged-in member to add comments.
SIGN IN / SIGN UP
brendan roberts
21 May, 2012
Great Exhibition
I have just got back from a visit to this museum when in dublin at the weekend. Great photos. 5 euro entry fee and there is a little book of the photos for 12 euro which i bought. I think they can be purchased from the little museum on line. Well worth it.
aranu2
17 May, 2012
Yes I go to Dublin XD
Well, good idea mister McGuinness, I will go to Dublin next summer and It's sure that I'm going to the little museum... Mmmmm, what's these framed photos 330, 550, 1100 Euros...??? wow.... I hope that the ticket exhibition is not so expansive LOL Eric
MMoura
16 May, 2012
That was my birthday too!!
May, 10th!!
desireimages
16 May, 2012
Everybody here comes from somewhere
These pictures are brilliant! I hope there will be a book to purchase in the future. Now where's my U2 22??? :)
santa_maria
15 May, 2012
hbd bono
congratulations, bono, salu2 of Mexico
musicabona
14 May, 2012
Oh you look so beautiful!
These great photos remarkably capture the earliest days of U2, providing some distinctive portraits of the young bandmembers who felt this inner urgency to make heartfelt music from the very beginning. It is great that this exhibition takes place in Dublin, the city where the incredible history of U2 started. And happy belated birthday, Bono! :-)
Thorn
12 May, 2012
OMG - the shoes....
I am absolutely in love with that last pic - but check out those heels! At least now we know the shoes aren't a new thing... (And were ANY of us EVER that young? Wow.)
Rickweed
12 May, 2012
Always Steal From The Best
Gabba Gabba Hey, Happy Birthday! (1-2-3-4... 52!!)
dreamcatcher
12 May, 2012
Bono you are simply amazing
Happy belated birthday Bono I have been a U2 fan since 1984...saw you guys first live twice in the Feyenoord stadium in Rotterdam during the 1987 Joshua tree tour,amazing memory. Over the past two years saw you guys 8 times during the 360 tour, mindblowing. Can't wait to hear some new material and see you guys on the road again. Happy birthday to the best band in the world.
Rouka
11 May, 2012
Bono's Birthday
Happy belated birthday, wish u all life goodies:)
shirley2010
11 May, 2012
Is that Bono
Looks like Kurt from Glee Club lol
bonoeire
11 May, 2012
Happy BIrthday BONO!!!
We LOVE you Bono!! We hope you and Jordan had a wonderful birthday party!!!!!! XOXOXOXOXO
kenismarco
11 May, 2012
happy birthday
happy birthday to you
DesiresFire27
11 May, 2012
Happy Birthday Bono!!
Happy Birthday Bono! I hope that you had a wonderful day yesterday! Hope to see you on tour again soon, until then take care of yourself :) xoxo Kristie
NanyandGonzo
11 May, 2012
Looking back!
well, I know musically they don't like looking back, but as a fan I really appreciate this kind things. For me, that I met them when they were in All Than you Can't Leave Behind is a real visual pleasure to know their foundations. That kind of hunger in their eyes is still out there in their videos. By the way, Happy B-day Bono!!! Your voice help us transport us to other times real and unreal, thanks for that!!!
kicsob
11 May, 2012
kicsob
Happy Birthday from Hungary Happy Birthday Bono
davide78
11 May, 2012
Bonoooo
HAPPY BIRTHDAY MY IDOL!!!
augustoultraviolet
11 May, 2012
happy birthday!
happy birthday bono! hope you have a beautiful day! from argentina!
halo96
11 May, 2012
Pictures for your birthday!
Awesome photos and great timing for their rrelease! Happy Birthday Bono you still look and sound GREAT! Please keep making music!
stanmc
11 May, 2012
Loyalty
That's pretty amazing to see just how long you guys have stuck together. You were just kids when you started out! Rock on.
vvm80
11 May, 2012
So cute
I really love see early U2's photos. It is always so funny. kkkkk
PauloSilva
11 May, 2012
i want all this fotos i want everthing
we want this fotos,,the fans caint wait more..this is a treausur for us..thanks u2 for exist..bono happy birthday man 52 years..love u2 and bono 4 ever..we never forgot you..paul from prtugal
collet
11 May, 2012
The Best
Happy B-Day Bono
tiitu
11 May, 2012
Happy Birthday Bono!
From Finland
Emiel300373
11 May, 2012
U2 pictures of the early days. Check thi
Very nice to see the band so young. I even feel a sense of Corbijn-atmosphere in these pictures. Am I the only one? grtz Emiel
emmiesnana
11 May, 2012
Happy Birthday Bono!
Happy Birthday from the 2cd best "green island" -Cape Breton! Hope you had a wonderful day!
LetMeInTheSound7
10 May, 2012
Happy Birthday Bono!
Happy birthday to the man with the best voice! U2 has changed my life forever!! So incredible!
frankhewson
10 May, 2012
Greatest Day ever!!
Great News, I hope I can visit it someday.. Happy Birthday Bono and Jordan by the way!!!!
chemitau2
10 May, 2012
Happy Birthday from Mexico
Happy Birthday Bono
pdunlap
10 May, 2012
Nice timing.
Happy birthday, Bono.
Newer comments    1 - 30 of 34    Older comments

Paul McGuinness, Other
©2022 U2.  Powered by Live Nation Entertainment.