Win Tickets to 'U2 Live:Under A Blood Red Sky' 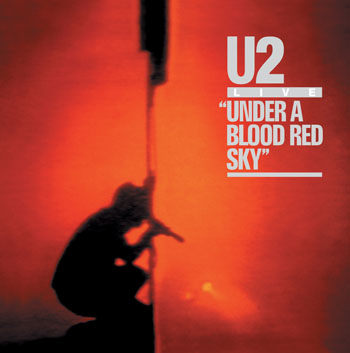 To celebrate next week's DVD release of 'U2 Live at Red Rocks', a special screening is being held at an exclusive London cinema. If you're in the UK, here's your chance to win a pair of tickets.

The screening will take place on Thursday 25th September, 6:30pm for a 7pm start.

To enter the draw and win a pair of tickets, simply click here, answer the question, enter your email address and mobile/daytime contact phone number.

The competition will close on Monday 22nd September at 6pm, and the winners will be notified by 6pm Tuesday 23rd September by phone.

U2's first concert video, Live At Red Rocks, will be released for the first time on DVD on 29th September 2008, along with the live album, Under a Blood Red Sky.

Recorded at the Red Rocks Amphitheatre in Colorado on 5th June 1983, Live at Red Rocks will be available for the first time on DVD, and will include five previously unreleased songs, a director's commentary, digitally re-graded pictures and a 5.1 mix.