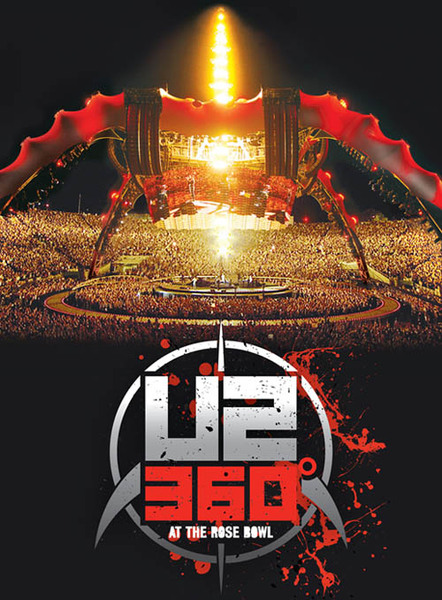 U2360° At The Rose Bowl was the penultimate gig of last year's U2360° Tour in support of their Grammy nominated album No Line on The Horizon. The Rose Bowl performance was the band's biggest show of 2009 and U2's biggest ever US show, with a live audience in excess of 97,000.

The show was also streamed across seven continents via YouTube. The first ever live streaming of a full-length stadium concert, U2360° at the Rose Bowl had over 10 million views on the channel in one week.

Shot entirely in HD, the concert was filmed with 27 cameras and directed by Tom Krueger who had previously worked on U23D, the first live action 3D concert movie taken from U2's Vertigo Tour.

Available in standard and 2-disc deluxe DVD formats (see below), U2360° At The Rose Bowl will also be U2's first concert available in Blu-ray. The deluxe formats and the Blu-ray will feature a new documentary called Squaring the Circle: Creating U2360° with new interviews from U2, Paul McGuinness and the team behind the touring production.